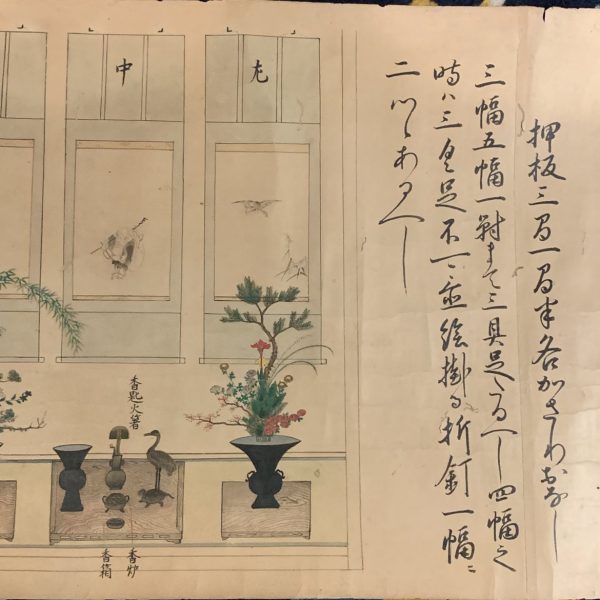 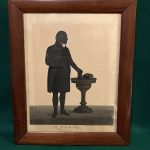 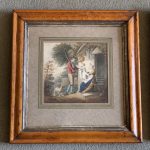 This is truly far removed from our areas of expertise so I enlisted the help of a friend of a friend. Here is what he said:

It’s a likely reproduction of a famous series of scrolls by daimyo FURUTA Oribe, who was a retainer of Toyotomi Hideyoshi and Oda Nobunaga.  Furuta was the father of the Oribe school of Japanese tea ceremonies.  The scrolls lay out his method.
The original scrollwork this is based on comes from the late Warring States period (15-late 16th century).  Based on the box and the documentation, it looks like it is from the 1930s-1940s.
The box it’s in says “rikka”, which is a poetic and official term for ikebana (flower arranging), which leads me to believe it was put in a different box at some point.  This is clearly a Oribe scroll, not an ikebana one,
The price tag on the documentation says 1,000 yen.  In 1930, 1,000Y would be US$16.31.  US$16.31 today would be about $237.  A quick Google search turns up nothing like it.  So it is either well preserved, rare, or both.  So you can probably get more than a direct inflation-adjusted price.